skip to main | skip to sidebar

First... I feel I should apologize... I haven't been blogging as much lately, nor commenting on other blogs as much as I should. I still read all the posts, I just have been on the overworked side and therefore not very talkative.

That, and I just haven't had as much to say in general.

It's very hard to be interested in anything in these first few weeks of Texas summer. A kind of lethargy creeps into your bones with the heat, and it saps all your interest.

But, evidently I'm acclimatizing... this week I saw a lily-pond, and I took a few pics... 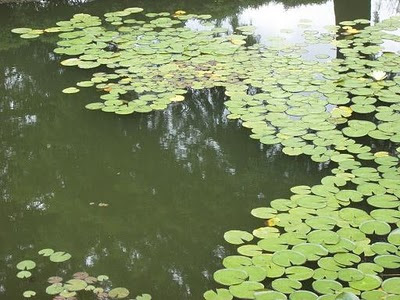 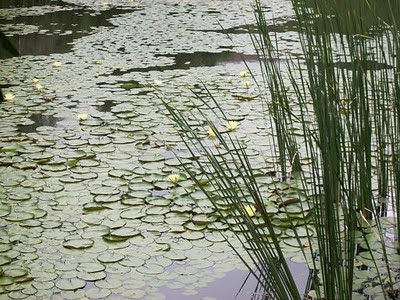 and just this morning, I went out into the garden and got a few home-grown potatoes. 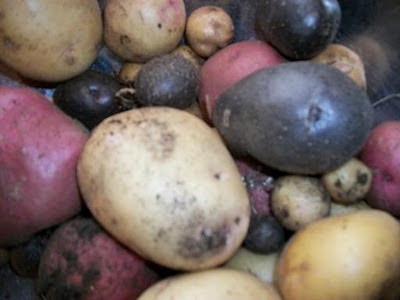 Those are Yukon Gold, Adirondack Blue and Rose Gold. The Yukons seem to be doing the best...
I'm not getting a bumper crop, but considering the ease of harvesting, I'm more than happy... this is the Ruth Stout method of potatoe growing.
You throw the seed potatoes on the ground. You can cut them into 'sets' with 3 eyes each if you wanna, but I didn't wanna. They grow anyway...
Anyway, you throw them on the ground. Don't be digging in or anything.
Cover them with at least six inches of straw, hay or leaves. (I actually recommend more than six inches...)
Walk away, and in about 3 months, after the potatoes have grown, bloomed, and died down... pull back your mulch and there will be potatoes on the ground.
Pick them up, and eat them.
This is gardening I can deal with...
As I said, you're not getting a bumper crop, but you're not killing yourself digging in Texas hard-pan, so the trade off is worth it for me. Now, Seed potatoes at the nurseries can be expensive. Any potatoe that sprouts in the fridge can be sprouted and grown, although most are treated with a hormone that prevents or delays sprouting. They will still sprout, but they may produce in a lackidazical way... If you buy your potatoes for eating at a health food or organic store, they haven't been treated and they'll grow just fine in your garden.

And some of this crop will be saved for the next crop... here in Texas, we can plant again in September for a fall crop, in November for an early spring crop, (there's at least an 80 % chance they'll survive all winter, unless we have a hellacious freeze) and in January for a late spring crop, or in March for a crop now.
And here's a few more toms... pretty aren't they? 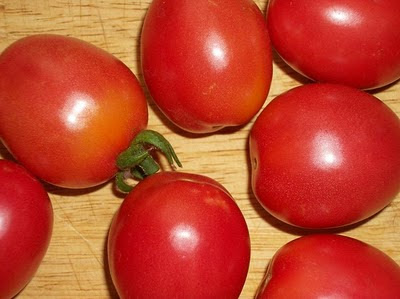 Claude
I am an actor/writer/gardener/antique dealer living in New Orleans.